Alumni from the University of New Hampshire joined Eyecycle members for their first ride of the 2018 season.  Thirteen sets of captains and stokers joined in the adventure to Chatfield State Park and back.  The season is fully underway now; check the schedule to find a ride or two that suits your timeframe and desire for fun! 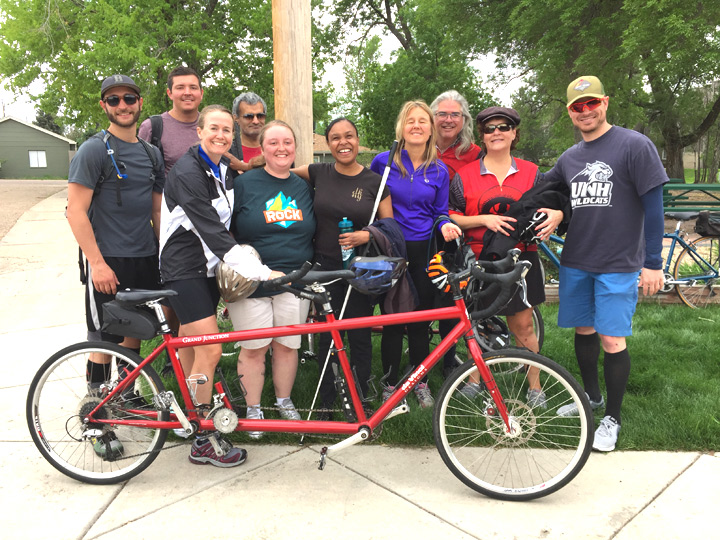 Theresa Montano is President of EyeCycle Colorado, a consultant for the Blind Institute of Technology, and the Solutions Architect for Accessibility for the state of Colorado! She’s an absolutely amazing example of what the untapped talent the blind and visually impaired community has to offer the world!

Every year Eyecycle participates in the Lion’s Club Ride for Sight, which is a fund raiser for screening preschool children for eye disease and for the Lion’s Eye Bank. This cold and rainy day on August 6,  we had 4 tandem teams and the fog and rain lifted for the duration of our ride.  Teams rode anywhere from 30 to 50 miles and once again we had an amazing adventure!  Many thanks to all the  sighted and non-sighted volunteers that make this happen! Please join us next year! 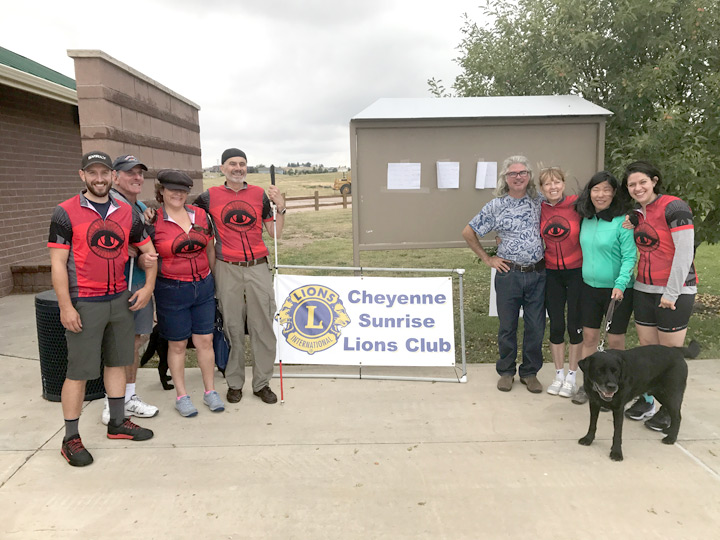 George McDermith makes news again! Here is a short video made by LightWorkers showcasing EyeCycle and George. There is no voice-over for the video, it’s a slideshow of photos of George with the following captions:

37 year old George McDermith was born 3 – 1/2 months premature,
which led to complications causing him to slowly lose his sight.
That hasn’t stopped him from doing the things he loves, like cycling.
In fact George just spent a week biking in “Ride the Rockies”
where he climbed more than 30,000 feet.
George is a part of EyeCycle Colorado,
a non-profit that helps blind riders enjoy cycling,
while staying safe.
Nothing stops George from pursuing his passion. 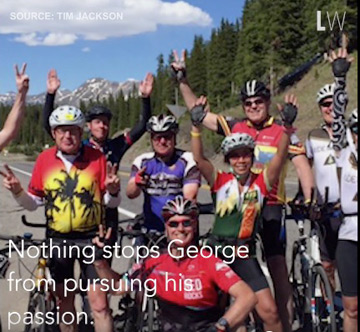 Eyecycle appreciates Paul and Judy Bay donating this KHS tandem bike in memory of their daughter, Anne. Thank you so much!

Congrats to Eyecycle members George McDermith and Andre van Hall for participating in the 2017 Ride the Rockies!  George was interviewed in this Denver Post article, “At Ride the Rockies, tandem teams with a blind cyclist scale the peaks.”

When I first began focusing on my health I was eager to find anything to keep me active. I was introduced to EyeCycle through an event, and decided to give biking a shot. Little did I know that one thirty mile ride would open for me one of the chief enjoyments of my life. This past June I participated in Ride the Rockies, which turned out to be a 363 mile ride involving 28,000 feet of climbing over the course of seven days. This feat took all the physical and mental energy I could put into it, and provides me with a deep sense of accomplishment. I could not do what I do on a bike without the support, of EyeCycle Colorado. Through the use of their bikes, captains, and camaraderie I have found something that fills a need both on the physical and emotional level. If I, who thought I was going to perish after my first thirty mile ride, can successfully complete Ride the Rockies then you can make positive changes in your life as well.

Andre van Hall is showcased in this Denver Post article, “For Andre van Hall, now blind, a chance to Ride the Rockies once again.”

Eyecycle members George McDermith and Andre van Hall participated in the 2017 Ride the Rockies. George was interviewed in this Denver Post article, “At Ride the Rockies, tandem teams with a blind cyclist scale the peaks.” 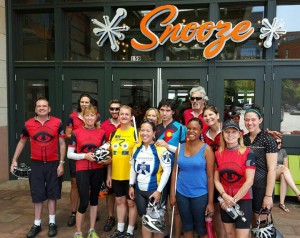 Brunch was on Eyecycle sponsor Polidori Sausage on Sunday, July 31! The cyclists left their meeting place of CCB (Colorado Center for the Blind) near downtown Littleton and rode North along the South Platte River to LoDo Denver. Brunch was at Snooze, located in the revamped Union Station. Snooze is a VERY popular breakfast restaurant that also happens to purchase its custom-recipe sausage from Polidori. It was a win-win-win situation. After a leisurely brunch, the cyclists headed back to Littleton to burn off some calories. 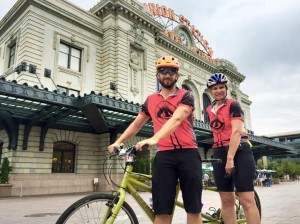 Eyecycle vice president Nathan Elder was photographed at Union Station with his stoker, Susan Gengler. The photo was then used in an article written in Denver Water Department’s newsletter. Nathan is water resource engineer for Denver Water. You can read the entire article in the newsletter, Mile High Water Talk.

Thanks Polidori Sausage (and Randie Polidori) for a great brunch! 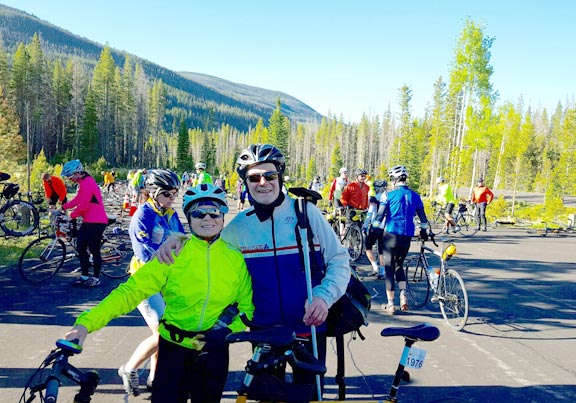